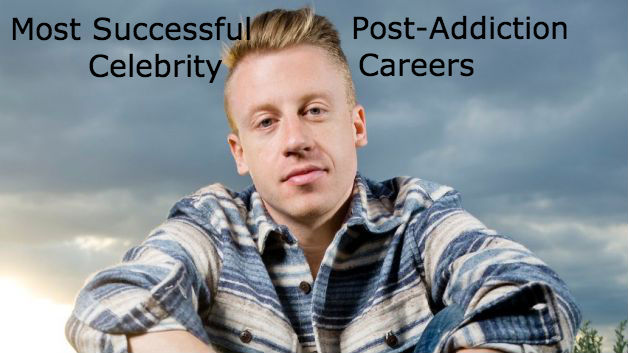 Being a popular celebrity is not always about glamour and parties. This is especially true to Hollywood personalities who are courageous enough to admit that they were struggling with addiction in the past. Whether the addiction is related to alcohol or drugs, this mental illness is not to be taken lightly. When it comes to addiction and recovery issues, the patient needs the full support and unconditional love of family and friends.

There are true-to-life stories of famous Hollywood celebrities who won their fight against addiction. The following stories prove that there is always hope for a better and more productive life. Hopefully these stories will inspire individuals who are still battling with addiction. As a famous Hollywood actor, Robin Williams has starred in numerous movies and received positive reviews for his thespian prowess. Behind his stellar performances is a dark history of cocaine and alcohol addiction.

His sudden rise to stardom led Robin Williams to use drugs as a means to cope with his hectic schedule. To slow things down, he used cocaine and drank alcohol. One night, he and his close friend took the same drug. Little did he know that this same drug would kill his friend on that night. The death of his friend was William's major wake-up call.

Determined to live a sober life for the sake of his family and for his career, Williams seriously sought recovery. Although he had experienced several relapses, these did not stop him from living a life that is free from drugs and alcohol. Since then, Williams has been very active as an actor and continues to inspire many people who have similar experiences with drugs and alcohol. During an interview, Robert Downey Jr. confessed that his first encounter with drugs happened when he was only eight years old. He said that it was his own father, Robert Downey Sr. who allowed him to try a puff of marijuana. Several years later, his father declared that he fully regretted that incident.

Robert Downey Jr. added that when he started using drugs, he thought it would not last longer. However, his addiction continued after his first rehabilitation. In spite of the accolades thrown at him for his excellent acting abilities, Robert Downey Jr. still struggled to disentangle himself from addiction.

Years later, he continued his battle with addiction. Robert Downey Jr. finally took a more serious approach to recovery later on. He said once that he does not really want people to know him as the "poster boy for drug abuse."

Often perceived as a scandal-plagued Hollywood actor because of his drug problems and tumultuous romantic affairs, Robert Downey has slowly earned the admiration and respect of his friends and fans all over the world.

With the support of family and friends (Mel Gibson is instrumental to his recovery too and remains a loyal friend), Robert Downey Jr. has successfully lived his life totally free from addictive substances, a feat that can only happen with the unconditional love and support from friends and family.

A celebrity lifestyle often poses more challenges especially when it comes to recovery efforts. There are still so many inspiring stories of Hollywood celebrities who successfully made a huge comeback after their fight against addiction. Macklemore, a Grammy-award winning artist, who believed that if it was not for the rehabilitation program and the strong support system of his family and fellow rehab patients, he would not have made it this far.

A lasting recovery is always possible. Concerted efforts from family members and a certified recovery or addiction specialist can effectively help a person create positive changes and make better choices in life.